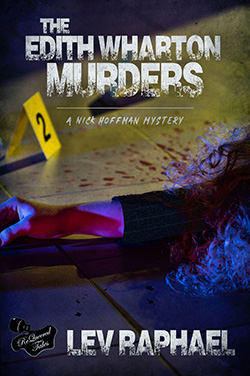 The Edith Wharton Murders is due out in its new edition with an introduction and foreword June 9th.

Nick Hoffman, desperate to get tenure, has been saddled with a thankless task: coordinating a conference on Edith Wharton that will demonstrate how his department and his university supports women’s issues. There’s been widespread criticism that SUM is really the State University of Men. Problem is, he’s forced to invite two warring Wharton societies, and the conflict between rival scholars escalates from mudslinging to murder. Nick’s job and whole career are on the line unless he can help solve the case and salvage the conference. 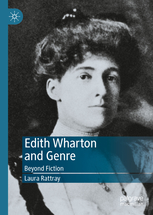 Based on extensive new archival research, Edith Wharton and Genre: Beyond Fiction offers the first study of Wharton’s full engagement with original writing in genres outside those with which she has been most closely identified. So much more than an acclaimed novelist and short story writer, Wharton is reconsidered in this book as a controversial playwright, a gifted poet, a trailblazing travel writer, an innovative and subversive critic, a hugely influential design writer, and an author who overturned the conventions of autobiographical form. Her versatility across genres did not represent brief sidesteps, temporary diversions from what has long been read as her primary role as novelist. Each was pursued fully and whole-heartedly, speaking to Wharton’s very sense of herself as an artist and her connected vision of artistry and art. The stories of these other Edith Whartons, born through her extraordinary dexterity across a wide range of genres, and their impact on our understanding of her career, are the focus of this new study, revealing a bolder, more diverse, subversive and radical writer than has long been supposed.

Edith Wharton and Willa Cather wrote many of the most enduring American novels from the first half of the twentieth century, including Wharton’s The House of Mirth, Ethan Frome, and The Age of Innocence, and Cather’s O Pioneers!, My Ántonia, and Death Comes for the Archbishop. Yet despite their perennial popularity and their status as major American novelists, Wharton (1862–1937) and Cather (1873–1947) have rarely been studied together. Indeed, critics and scholars seem to have conspired to keep them at a distance: Wharton is seen as “our literary aristocrat,” an author who chronicles the lives of the East Coast, Europe-bound elite, while Cather is considered a prairie populist who describes the lives of rugged western pioneers. These depictions, though partially valid, nonetheless rely on oversimplifications and neglect the striking and important ways the works of these two authors intersect.

The first comparative study of Edith Wharton and Willa Cather in thirty years, this book combines biographical, historical, and literary analyses with a focus on place and aesthetics to reveal Wharton’s and Cather’s parallel experiences of dislocation, their relationship to each other as writers, and the profound similarities in their theories of fiction. Julie Olin-Ammentorp provides a new assessment of the affinities between Wharton and Cather by exploring the importance of literary and geographic place in their lives and works, including the role of New York City, the American West, France, and travel. In doing so she reveals the two authors’ shared concern about the culture of place and the place of culture in the United States.

Sheila Liming explores the connection between libraries and self-making in late nineteenth- and early twentieth-century American culture, from the 1860s to the 1930s, focusing on Edith Wharton and her remarkable collection of books. She argues for a multifaceted understanding of authorship by linking Wharton’s literary persona to her library, which was, as she saw it, the site of her self-making.

A generous reassessment of Edith Wharton and materialized cultures. With this exceptional interpretation of the modern bookshelf, Sheila Liming offers page after page of unanticipated insight into gender and literary production. This is mandatory reading for those of us committed, like Wharton, to harboring ‘an ethos of collecting’—and for those of us, like this brave critic, committed to Wharton herself. 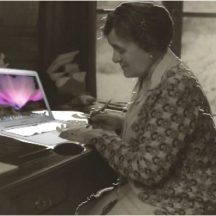 A new book on Edith Wharton will be featured each day for the next week at the Edith Wharton Society site: https://edithwhartonsociety.wordpress.com/category/new-books/

If you’d like to see your book at the site, email me the information and link at whartonqueries@gmail.com.

The New Articles page has recently been updated, too: https://edithwhartonsociety.wordpress.com/new-books-and-articles/2012-2014-new-articles/

I hope you are well. My colleague, Alice Kelly, suggested that I forward you this poster for our seminar on the subject of Edith Wharton as playwright. It features the scholars Laura Rattray and Mary Chinery who recently found the long-lost Wharton play, The Shadow of a Doubt. Should your members be interested, they are welcome to contact me (as listed on the poster) to join.

Martha Banta, Distinguished Professor of English, Emerita, at the University of California, Los Angeles, died on March 31, 2020 at her home in Pasadena, where she had been convalescing after a fall. She was 91 years old. An iconoclastic and prolific scholar of American literature and culture, Professor Banta published eight books on a wide range of subjects, four of them since her retirement from teaching in 1998. At the time of her death, she had completed a ninth manuscript about Plato’s influence in literary history and had been working on a tenth, about the American love of “little wars.” Banta was throughout her career a scholar of Henry James, the subject of her first book, Henry James and the Occult, and wrote the introduction to one volume of his complete letters, a continuing project at the University of Nebraska Press. For Penguin and Oxford World Classics, Banta edited and introduced works by James, Edith Wharton, and Thorstein Veblen. She was also Associate Editor of the Columbia Literary History of the United States and Editor and contributor to The Harper American Literature anthology.

Read the rest at https://english.ucla.edu/wp-content/uploads/Martha-Banta-Obituary.pdf

The Edith Wharton Society
Create a free website or blog at WordPress.com.